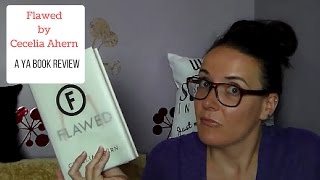 Flawed by Cecelia Ahern (A YA Book Review)

Flawed takes place in a somewhat futuristic society where the government has established something called The Guild. The Guild determines people to be morally or ethically flawed for everything from false advertising, to assisted euthanasia, to philandering. Celestine North considers herself average, she doesn’t want to blend in she just literally wants to be perfectly average. However, that all changes when she rushes to the aid of a Flawed person, a crime in and of itself. 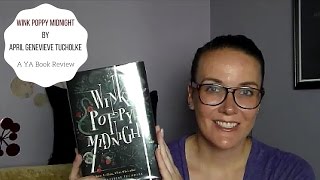 Wink Poppy Midnight by April Genevieve Tucholke is a YA mystery. It is told from the three different perspectives of the three main characters: Wink, Poppy, and Midnight. The character development is strong. Poppy is unlikeable (as she should be), Midnight is a misguided push-over, and then there’s wink also known as Feral Bell. The strength of this book rests in the solid development of Wink and her eccentric family. Clues are dropped throughout the book to lead the reader t 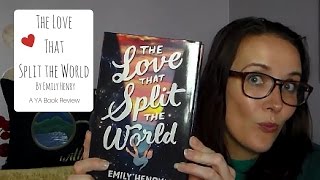 The Love That Split the World by Emily Henry Natalie Clearly is graduating high school. But before she leaves for Brown in the fall, adopted as a young child, she’s determined to figure out some things about herself before she leaves smalltown Union. On top of her own identity issues, Nat’s ex-boyfriend is still in love with her, her best friend is leaving for college early to train for soccer, and then there’s the mysterious boy she keeps seeing. The Love That Split the Worl 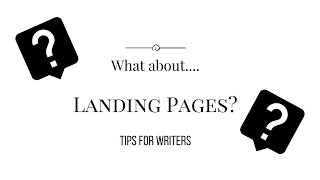 What About Landing Pages? (Tips for writers)

If you are a self-published author or an entrepreneur, then you've probably heard of landing pages. In this video, I explore two popular landing page platforms including ease of use, cost, and more importantly if you even need one. Save 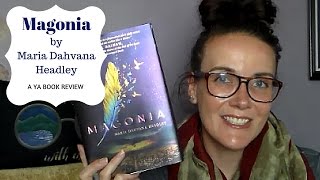 Magonia by Maria Dahvana Headley: A YA Book Review

Magonia by Maria Dahvana Headley is a YA fantasy with loose roots in sky mythology. Magonia is a sky city with sightings being recorded as early as the 1600s. The Magonians create storms as camouflage for their crop stealing ways, a lifestyle adapted because of the human destruction of Earth. This concept makes up the secondary plotline of Magonia. The primary plotline revolves around Aza and her best friend potential romantic interest Jason. Aza has an unknown disease that m